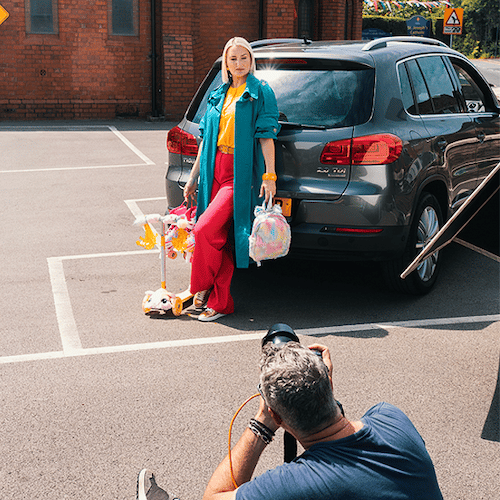 Acknowledged as a growing capital for media production in not only the UK but the world, Manchester has become a hotspot for TV, film, and commercial productions, from Hollywood giants Marvel to the iconic British show Peaky Blinders.

What TV Commercials have been Filmed in Manchester?

Manchester’s adaptability is one of the main reasons why productions so often choose it as a filming location.

Cheaper than New York but just as varied architecturally, the city can bring a large range of periods to our screens. The classic brick buildings of the Northern Quarter have already re-created the iconic New York City in several big-budget productions, including Hollywood’s Captain America: First Avenger and Morbius, whereas studios can also offer cheaper studio space and the latest technologies available to creatives.

Offering almost 1 million square foot of TV and production spaces, with thousands of digital and creative jobs and an ever-expanding Media City, Manchester and its nearby region has positioned itself as a truly world-class production hub.

Take a look below for some of The Mob’s commercial productions captured across the city:

Founded by mother and daughter duo Maxine and Darcy Laceby, Absolute Collagen is all about self-love and women empowerment.

For director Meriem Adib, it was essential to shoot in real, striking film locations across Manchester to translate the authenticity of the products and brand on screen. To add to the authenticity, the models cast also portray their real-life activities in the commercial, from wild swimming to kickboxing.

Filming in Manchester allowed productions the possibility to access a wide range of locations needed for the shoot, including a city centre office, a townhouse and a nearby lake.

JD Williams ‘I AM’ – Directed by Kathryn Ferguson

To launch their 2019 autumn/winter clothing collection, JD Williams collaborated with The Mob and director Kathryn Ferguson to create an upbeat, empowering and dynamic commercial.

Highlighting every woman’s confidence was at the very heart of this project. Filmed in a variety of locations across Manchester, the models portray relatable and inspiring characters as they go about their daily life in the city, whilst showcasing both the space around them and the nature of the collection, to celebrate women of all ages.

In this award-winning campaign directed by Hollywood giant Paul WS Anderson, superstar actress and model Milla Jovovich evolves from a bar to a film set and from a photo shoot to dinner with friends, all themed around the famous Scottish whiskey Johnnie Walker.

Despite Manchester not featuring visually, the commercial was indeed filmed in the city, at Space Studios, with a predominately Manchester-based crew.

With its growing media and film field, Manchester has numerous high-end studios that can offer the space and technology necessary to execute any script or campaign. After all, it’s much easier to control light and weather conditions shooting in a studio environment than it is relying on the unpredictable Mancunian weather.

When thinking about Manchester, one would be quick to think about football too. Founded in 1880, Manchester City Football Club is one of the world’s biggest football clubs and sport brands. In this commercial with Etisalat we follow the players and supporters from The Etihad Stadium to the streets of Manchester as they celebrate the team’s 2018 Premier League title win.

For those filming in Manchester City centre, the place of choice often ends up being the Northern Quarter. With its red brick buildings and old-looking streets, it is the place most likely to be disguised as New York City. In this commercial, however, the Manchester City fans join in unison to celebrate and paint the streets in their signature sky blue colour.

Looking for a Manchester-based production company? Get in touch today.