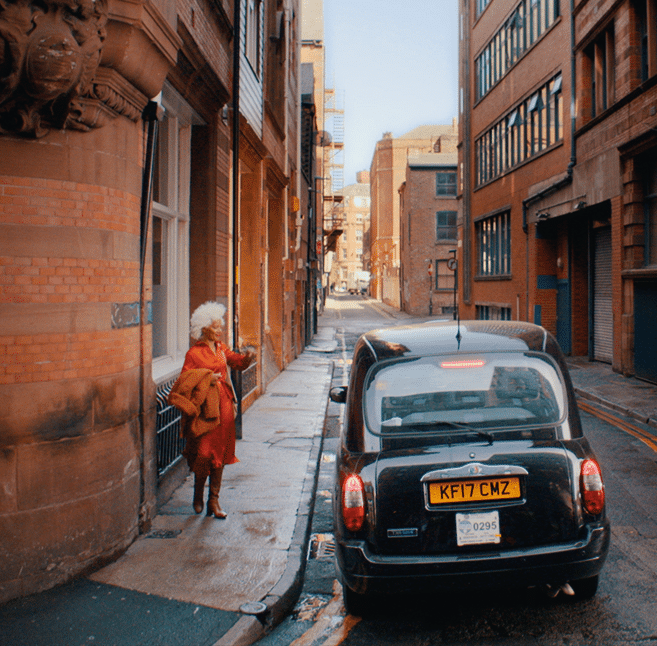 Over the last 15 years, Manchester has become the media hub of the North, with both the BBC and ITV forming what is now known as Media City. It is in a perfect location, a 20-minute tram journey from the heart of the iconic city.

Film productions have long been fans of the Northern Quarter, mostly due to its brownstone buildings with external fire escapes, creating an inexpensive stand-in for New York. Marvel’s Morbius (2022) and Captain America (2011) took full advantage of this when the Hollywood productions rolled into town. However, it’s not just used for its American city counterpart, as the city’s charm has played into many other UK productions.

Manchester’s creative industry is brimming with talent, with the increase of jobs from that of media city, to an increasing number of production companies calling Manchester home. This is likely due to economic efforts to reduce costs compared to being in London. Nevertheless, this is not to take away from the city’s history; with some of the best libraries, art galleries, and vibrant festivals, it is clear where people take inspiration from.

Coronation Street is the longest-running Television Soap Opera in the world and was filmed in Manchester City Centre from 1960 until 2012 before being moved to Media City in Salford. Peaky Blinders – the television show set in 1919s Birmingham has used Manchester for much of its filming. It has spawned countless bars and alcoholic drinks with its theme, utilising locations across Manchester, from the streets of the Northern Quarter to the Castlefield bowl.

Manchester has also played host to The Circle, a dating show with a difference that was filmed in Salford, and First Dates moved here in 2020.

Whether it’s the culture or creativity you’re looking for, Manchester has it all. Here are some of our favourite locations to shoot in and around the city.

Northern Quarter is prominent on this list and not for its quirky bars with unique themes. It is the exteriors of these buildings that productions are mostly interested in.

Dale Street in Northern Quarter is where you will find streets resembling New York – this is where Captain America himself, Chris Evans, was filmed running out of an underground laboratory after being injected with his superhuman serum.

Dressed to look like 1942 America, the streets of Manchester gave the production much-needed flexibility to bring the streets of Brooklyn to life on a cheaper budget whilst maintaining the correct aesthetic for audiences to believe they were looking at somewhere halfway around the world.

Victoria Baths are a Grade II listed building in the Chorlton-on-Medlock area of Greater Manchester and used in the production for the hit BBC show Peaky Blinders. The baths appeared in season two, providing the background for the horse fair scenes. It was also later used in ITV’s Cold Feet.

The façade of the building has multicoloured brickwork and terracotta decoration. However, in productions, only the interior is seen with walls clad in glazed tiles, with most of the windows decoratively stained glass. The baths are a unique backdrop to any production and one that is becoming harder to find, with most bathhouses being pulled down or converted.

Soap Street is a small alleyway off the main High Street in the Northern Quarter and is very easily overlooked. This alleyway has the benefit of curving around in an L shape, giving it the potential to replicate two locations in one.

With large windows and red brick buildings on either side towering four storeys, High Street adds scope to an already confined and intimate look that makes it perfect for a New York alleyway or, as BBC’s Peaky Blinders used it to double as Birmingham.

Manchester Town Hall in Albert Square is a Grade 1 listed building completed in 1877 (whilst currently undergoing a major refurbishment). The hall has doubled for the Houses of Parliament in many productions set in varying periods. From Robert Downy Jr’s Sherlock Holmes (2009), James McAvoy and Daniel Radcliffe’s Victor Frankenstein (2015) and The Iron Lady starring Meryl Streep as the titular character Margaret Thatcher.

Dock 10 is single-handedly the most used studio in the north of England. It was built as a major part of MediaCityUK’s development and has 12 studios, including an outside space that can cater to various filming needs and its own post-production house.

Productions range from Blue Peter to 8 out of 10 cats, Children in Need to Who Wants to be a Millionaire.

High Street, Northern Quarter was dressed to fit a 1920s Birmingham for Peaky Blinders. Again, the red brickwork, the vintage windows and the occasional cobbled streets give this location an authenticity that Hollywood can only try to replicate.

With corner shops that hold individual personalities and side roads that add depth and genuine life to a road inside Manchester City Centre, High Street is a popular location for filming.

The Depot Mayfield is primarily used for music events and eateries but is also used for fashion catwalks and provides a large industrial indoor space that the BBC, Netflix and JD Sports have used.

Although most of the outdoor spaces on this list are used for television or film, it is these indoor locations where lighting can be controlled more easily, allowing brands such as JD Sports to film content on a cheaper budget than a Hollywood blockbuster – a quality that Manchester has for any size production.

Salford Quays is a unique location with its large bridges and modern buildings. The Lowry and the Imperial War Museum both have interesting shapes that are more intriguing than most.

Salford Quays is also, of course, home to Media City.

Plaza Cinema, in Stockport, is a 30-minute train journey outside the city centre and is a grade II listed building that recently celebrated its 90th birthday, having opened in 1932.

This unique building stands tall in an art deco style, making it perfect for transforming into Bingley Hall, a former exhibition centre in Birmingham for Peaky Blinders. It has been used in other films, such as The Stranger (2020) for Netflix and numerous music videos.

Why Not Film your Next Production in Manchester?

For a modern city, with high rises being built constantly, the aesthetic and charm of this city is still held in its past, with productions choosing to film here for its older buildings and the depth they give to creating a world through the lens of a camera.

Manchester is the birthplace of the industrial revolution, and the buildings in and around the city continue to keep this architecture alive within a living and breathing city.

It is why Manchester has been and will always be the perfect place to provide authenticity to any production that films here.

Work with The Mob for your next film production in Manchester.