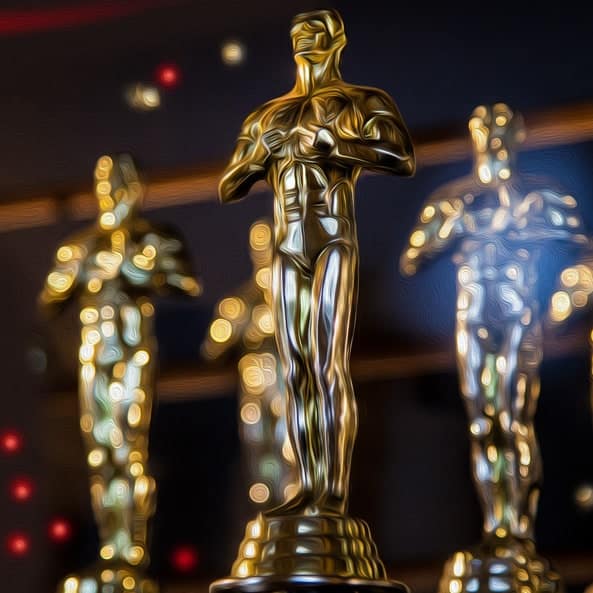 Sports continuously inspire filmmakers, and throughout the years, this has resulted in a number of iconic movies. Popular and, somehow, always universal, sports films keep intriguing and fascinating audiences, claiming critical and public acclaim along the way.

From the legendary training montage in Rocky to the several iconic quotes in Jerry Maguire, these films have entered popular culture and helped shape it too.

Which Sports Movies Have Won an Oscar?

Many factors are involved in the nomination and potential win of a film award. Still, it is undeniable that the screenplay, main cast performances and direction are the main points of judgment. In this list, we will explore some of the most memorable Oscar-winning sports movies and the reasons why they won.

If you have ever wondered which film won the most awards in the sports category, the answer is below. However, Pride of the Yankees is the holder of the most nominations for a sports film at the Academy Awards, culminating at 11, out of which it won Best Film Editor for Daniel Mandell at the 15th Academy Award Ceremony in 1943.

Inspired by the life of professional baseball player Lou Gehrig, the film focuses mainly on his relationships with his mother, wife and teammates. The actual players portrayed many of these real-life characters, including legendary pitcher Babe Ruth, who played alongside Lou Gehrig for many years.

Written, produced, and co-directed by Warren Beatty, who also stars as the main character, Joe Pendleton is a young quarterback mistakenly sent to heaven too soon by an apprentice guardian angel. Once the mistake is revealed, it is too late for Joe to return to his now-cremated body. With the help of Mr Jordan, the guardian angel’s supervisor, Joe comes back into the body of a multi-millionaire recently murdered by his cheating wife.

Still passionate about American football, the film follows Joe as he tries to join his team back and lead them to the Super Bowl. Heaven Can Wait was nominated for nine academy awards in 1979 and won Best Art Direction.

Chariots of Fire, alongside the next film on our list, is one of the sports films that received the most Oscar awards ever, with a total of four awards. Nominated for seven, it is part of the Oscar best picture winners, having won at the 54th ceremony in 1982.

Inspired by actual events, the film is set in a conflicted, post-WWI England and tells the story of athletes Eric Liddell and Harold Abraham as they prepare for the 1924 Olympic Games in Paris. Vangelis composed the immediately recognisable theme score, which undoubtedly helped the film reach its notoriety. Chariots of Fire tells a poignant story and is regarded as one of the best sports movies of all time.

This is our second sports film that received the most Oscars on this list, with seven nominations and four wins, including Best Picture and Best Actress for Hilary Swank at the 77th Academy Awards Ceremony in 2005.

Out of the many Oscar-winning movies, Million Dollar Baby is by far one of the most gut-wrenching. The film follows the journey of Maggie Fitzgerald, a young woman from working-class Missouri, as she seeks the help of boxing coach Frankie Dunn to become a fighter herself. The film shows us the unlikely development of their bond as they navigate Maggie’s career.

The fascinating sport of boxing is the subject of many films, but Million Dollar Baby stands out thanks to its emotional impact and Clint Eastwood’s inspired direction.

Of all the Oscar-winning films with a one-word title, Rocky is perhaps the first to come to mind. Iconic for many reasons, the film has been wholly adopted by pop culture and is still relevant to this day. At its release, it became the highest-grossing film of 1976, and it kickstarted the Rocky franchise, which now comprises of nine films, a musical and a potential TV series.

Set in Philadelphia, it tells the story of Rocky Balboa, a local amateur boxer who gets a once-in-a-lifetime chance to fight against Apollo Creed, the current heavyweight World Champion. This relatable underdog story struck a chord with the public, and Rocky soon became the first sports movie to win Best Picture at the 1977 Academy Award Ceremony. The film also won Best Editing and Best Director and was nominated for another six awards.

To continue with boxing-related films, next is Raging Bull, one of Martin Scorsese’s highest-ranking films, despite a lack of excitement from critics upon its release. According to the American Film Institute, the movie is one of the greatest American films of all time.

Based on the biographical book by boxer Jake LaMotta, the film follows him on his spiralling journey through boxing fights and his tumultuous marriage with his wife, Vickie. It was nominated for eight Oscars in 1981 and won two, including Best Actor for Robert De Niro’s portrayal of Jake LaMotta.

Our most recent film on the list: King Richard, was nominated for six Oscars and won Will Smith the Best Actor award at the 2022 ceremony.

Set in the early 90s, King Richard is a biographical sports drama set around Richard Williams, father and coach of legendary tennis player sisters Venus and Serena Williams. The film portrays his journey to get his daughter’s talents recognised as they gradually become famous athletes. The two players are listed as executive producers and have approved their and their father’s portrayal in the film. Despite a low box office, King Richard was critically and publicly acclaimed.

Now for a different genre of sport, Seabiscuit leads us into the world of horse racing.

In the Great Depression era of the 1930s, Seabiscuit was an overlooked thoroughbred racehorse due to its morphology and temperament. However, he soon becomes a true underdog hero by proving his incredible talent as a racehorse. Inspired by actual events, this story tells another side of sport through the bond we can share with animals.

Despite being nominated for seven Oscars in 2002, the film failed to win but remained a box-office success.

Directed by Bennett Miller, the director behind the successful sports film Moneyball, Fox Catcher was a contender for the Palmes d’Or at Cannes Film Festival in 2015.

Based on the true events of the Dave Schultz tragic case, this film mixes sports with thriller. John E. Du Pont, a philanthropist and heir to an old American family, convinces Olympic gold medal winners Dave and Mark Schultz to join his private wrestling training facility and team: the Foxcatcher, to lead them to the next world championship.

The film was nominated for five Academy Awards at the 87th ceremony but unfortunately failed to win.

Jerry Maguire may not have won any Oscars, but it did enter pop culture: representing a significant win. You may have heard “Show me the Money!” before or “You had me at ‘hello’”, two quotes from the iconic film. Just like Seabiscuit, the film explores an often-forgotten side of sports: talent management.

Starring Tom Cruise as the eponymous character, the film shows us a sports agent as he fights for his clients and his career.

Nominated for five Oscars at the 69th Academy Award Ceremony and with an 84% approval on Rotten Tomatoes, Jerry Maguire unquestionably makes the list of the best sports films.

Sports are a largely prominent theme at the Oscars, so here are the honourable mentions that definitely deserve a watch: The Hustler (1961), The Blind Side (2010), and Dear Basketball (2015), a short film written by the late basketball player Kobe Bryant, The Fighter (2011) and Bull Durham (1988).