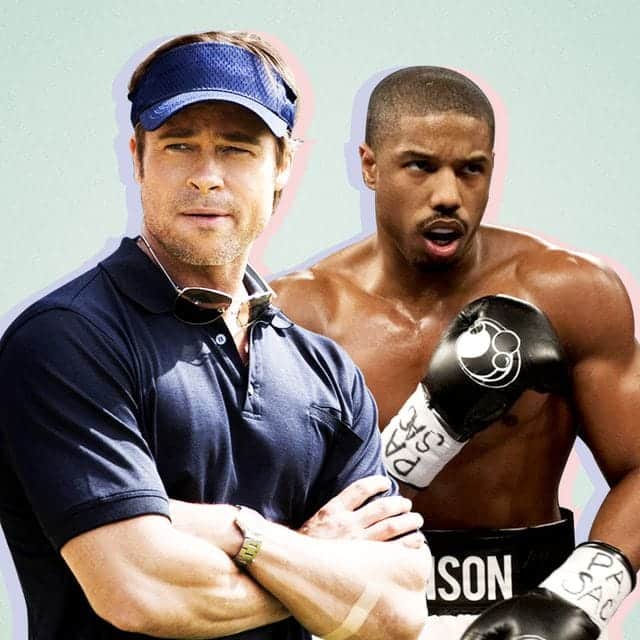 From inspiring biographies of real-life athletes to uplifting comedies about resilience and determination, sports have always been a major topic of filmmaking.

What Are Sports Movies?

What makes a sports movie a sport movie and not just a highlight reel is the captivating story behind it. You have to pull at peoples heart strings and make them feel invested in the personal side of the main sports event.

From the silent film era until this day, storytellers have been crafting tales of competition, teamwork and triumph despite the odds. So what exactly is it that makes us so fascinated by these films?

Perhaps it is the classic underdog story we find so relatable or the captivating pull of true-story sports movies. Perhaps even the simple combination of a great direction and an amazing soundtrack that captures the exhilarating thrill of prevailing obstacles.

Through comedies, thrillers and dramas, the best sports movies teach us about persistence and the journey to achieve one’s dream.

A Brief History of Sports Movies

Sports movies, over the years, have captured the memorable moments in sporting history and the personal story behind them. The earliest sports film was a boxing film in 1914. This silent film called “The Knockout” featured the well-renowned Charlie Chaplin as one of the main characters. One of the first sports movies to win an Oscar was “The Champ” in 1932, and since then, 15 sports films have received Academy Awards.

Interestingly, before the 1950s, the film industry rarely depicted people of colour in their sports films. This was because it wasn’t seen as essential and didn’t “fit” in with the type of content that filmmakers back then wanted to create. Even though there were many incredible sports stories and achievements by people from black and ethnic backgrounds that would have made incredible sports films. It wasn’t until the 1970s that movies like “The Bingo Long Travelling All-Stars & Motor Kings” and “The Greatest” completely shifted how sport films were depicted, and the importance of all sport achievements, regardless of race or origin, was recognised on the big screen.

Sports movies centre on a sport which serves as a container for a story about a person or team, and within that, there are some much-needed characteristics to make a sports film more compelling. One of those is realism. A sports film needs to connect to the audience; there must be a feeling of truth and depth within the storyline, unless it is meant to be purposefully outlandish, like the sports comedy “Shaolin Soccer”.

Another characteristic of these movies is to have the right mix of action. You don’t want a sports film to just be about the sport itself, because then you may as well just turn on the sports channel. A good example is Boxing movies. There is a delicate mix between the main characters’ story, the struggle of becoming a boxer, and the main fighting scenes.

Lastly, a key characteristic is ensuring that the movie has a satisfying ending. When we talk about satisfying endings, it doesn’t have to be the cliche winning of a game or match, but just an end that gives closure to that event or main character’s story.

Here is a curated but non-exhaustive list of the best sports films:

Adapted from the book of the same name, Moneyball tells the true story of Billy Beane (played by Brad Pitt), general manager of the Auckland A’s baseball team, after the club’s defeat against the Yankees during the 2001 season.

Having lost their best few players to better contracts, Beane has to rebuild a team whilst on a budget limit. He meets Peter Brand, a young Yale economist (played by Jonah Hill) whose new method of evaluating players will change the baseball world.

The film explores the lesser-known managerial side of sports and offers award-winning performances from both Brad Pitt and Jonah Hill. With a screenplay co-written by Aaron Sorkin, you are sure to find great characters and even greater dialogues.

In this iconic Sports film by Hugh Hudson, athletes Eric Liddell and Harold Abraham face a conflicted England in this post-WWI period. Inspired by true events, Chariots of Fire tells a tale of determination and sportsmanship set around the Paris Olympic Games of 1924.

With 4 Oscar wins and a legendary score from Vangelis, Chariots of Fire is undoubtedly among the best true-story sports movie ever.

From the fictional town of Bodeen, Texas, protagonist Bliss Cavendar is a teenage girl who develops an interest in roller derby after witnessing players promoting their next game in the city. The violent and aggressive game is the opposite of what her mother, an ex-pageant queen, wants her daughter to be: a pageant queen.

Whip It is an adaptation of the novel Derby Girl by Shauna Cross and the directorial debut film for Drew Barrymore.

Not only is Whip It a woman-directed film about a historically female-dominated sport, but it is a moving coming of age with a fresh take on the shy teenage girl trope.

It is impossible to list the most iconic sports films and not mention Rocky. The film was and still is, a pop-culture phenomenon, having made the United State National Film Registry in 2006. It tells the story of Rocky Balboa, a small local Philadelphia boxer, who gets the unlikely opportunity to fight heavyweight world champion Apollo Creed. The film follows his training journey to the final fight.

Directed by Clint Eastwood, Invictus is based on the book by John Carlin, “Playing the Enemy: Nelson Mandela and the Game That Made a Nation”, and is named after the famous eponymous poem. In the early 1990s, after Nelson Mandela’s release from 27 years in captivity and his election as the first black president of South Africa, the country is about to host the rugby world cup. Having barely entered its post-Apartheid era, the country is divided.

The film follows the national team’s training and evolution throughout the world cup.

Invictus is a brilliant example of how, through sports, we can reach togetherness and unity.

Loosely inspired by the true story behind the Jamaican National Bobsleigh Team’s debut in the Winter Olympic Games of 1988, Cool Runnings is often listed as one of the best sports comedies.

We follow as Derice Bannock builds an improbable bobsleigh team after his accidental failed attempt to qualify for the summer Olympic Games as a runner.Lighthearted, funny, but ultimately a lesson in perseverance and great sportsmanship, Cool Runnings is, to this day, one of the best sports films ever.

The two young women share a friendship based on their love of football as they go through trials to achieve their dreams. Bend It Like Beckham was critically acclaimed after its release and still holds the record for the highest-grossing football film of all time. The film explores the themes of friendship, resilience and community with a comedy twist.

Dance might not be the first discipline that comes to mind when talking about sports, but just like all the others mentioned before, it requires rigour, dedication and years of training. Set during the miners’ strike of 1984-1985, Billy Elliot, a young boy from a working-class family, discovers his love for ballet dancing. We follow Billy’s journey as his father, more inclined to have a boxing son, learns about his secret passion.

After its worldwide success, the film was also adapted into a musical.

Released in 1984, Karate Kid is the second film from John G. Avildsen on our list, and it was another successful sport-themed movie for the director. Karate Kid tells the classic unexpected hero story of Daniel Larusso, a teenage boy who recently moved to Los Angeles and finds himself bullied by the local students of a karate dojo.

Mr Miyagi, a local handyman, helps Daniel and easily defeats his bullies. Impressed, Daniel asks Mr Miyagi to teach him how to defend himself. From that moment, we follow Daniel in his learning of karate. The film is often cited as a factor in martial art’s growing popularity in the 1980s.

It was later developed into a franchise and re-adapted in 2010 with Jaden Smith and Jackie Chan.

This last film is set around another lesser-known sport: cheerleading. For the newly elected captain of the Toro cheerleading squad, success seems promising at the next national championship. However, when she discovers that their choreography was stolen from another team, their chance of winning is suddenly compromised.

Bring It On was an instant hit when it came out and started off a franchise of six films and a TV show.

Why Do We Love Sports Movies?

As you can see from the different films listed above, it is difficult to identify the secret element to making good sports film.

The different disciplines portrayed all present their own characteristics that make their practice unique, and therefore, the film they appear in too. But perhaps the essence of a great sports film is to leave its audience inspired. To give hope and the courage to reach for one’s own goal, no matter how high the odds may be, how contrary expectations are, how unreachable it feels.

Do you have a sports film you want to produce?

Maybe, you need a hand with film and production?

Get in touch today, and we will happily discuss your next project!