How to Apply for Filming Permits in Manchester 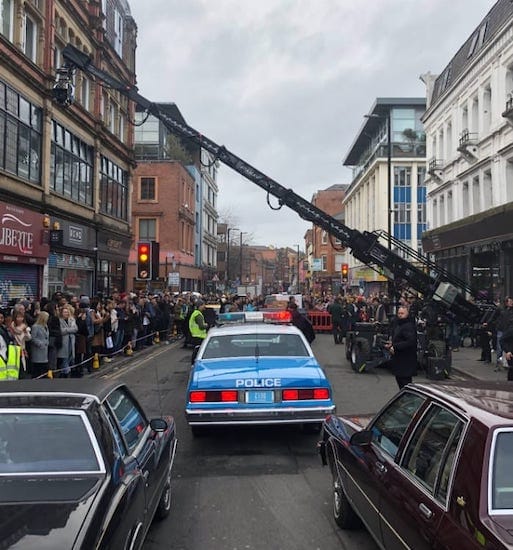 In the modern world where cameras are everywhere, and even mobile phones shoot up to 4k, it’s never as simple as just turning up with a camera and start shooting in a major city centre. You may not realise that you need filming permits before you can even begin.

Getting a Filming Permit in Manchester

Not only are there a myriad of security concerns, but there’s also the safety of the unsuspecting public, not expecting to have to navigate around a film crew on their regular commute to work.

Then there’s also insurance, parking for any oversized or specialist vehicles, road closures, considerations around making noise and operating out of normal hours, security for everyone in the production, confidentiality, safety and the list goes on…

Why Do you Need A Film Permit?

Permitting locations is often considered tedious, but it needn’t be that way. The Mob has handled dozens of permitting jobs over the years and continues to be a leader among production companies in the UK.

There are so many amazing locations in Manchester that are just one permit away from appearing in your production. Whether it’s a city centre location you require or a more rural location that you have in mind, we can help guide and advise you through all aspects of shooting in Manchester.

Fortunately, at The Mob, we’ve done almost everything you can think of, from multiple helicopters in the sky at once to street closures for car chases or a street lined with fake bars and restaurants as snow falls!

The city is zoned into multiple areas, so it’s often not just the case of getting a film permit. Several permits may be needed for one shoot, and many areas of the city are now on private land, which comes with its own challenges.

How to Get a Filming Permit in Manchester

Applying for permits may seem easy if you know where you want to film, but at Mob Film, our relationships with permitting offices mean that we know exactly who to speak to, what the deadlines are and where there is wiggle room for you and your production.

Let Mob Film be your one-stop company for all your film service production needs for your next Production in Manchester and around the UK. From managing the process of applying for permits on your production to crewing, facilities and whatever else is required, we can help.

Working with Mob Film for your Film Permits

So, if your production is looking at permitting locations in Manchester, look no further than The Mob. With our extensive knowledge and experience, we’ve seen it all before, and our trustworthy crew members will see that your production runs smoothly and safely.

As part of your production, The Mob takes care of all your location needs, from scouting through to the shoot day, when they’ll run like clockwork!

Get in touch with The Mob today.